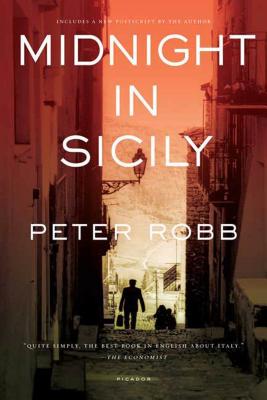 A New York Public Library Best Book of the Year

From the author of M and A Death in Brazil comes Midnight in Sicily.

South of mainland Italy lies the island of Sicily, home to an ancient culture that--with its stark landscapes, glorious coastlines, and extraordinary treasure troves of art and archeology--has seduced travelers for centuries. But at the heart of the island's rare beauty is a network of violence and corruption that reaches into every corner of Sicilian life: Cosa Nostra, the Mafia. Peter Robb lived in southern Italy for over fourteen years and recounts its sensuous pleasures, its literature, politics, art, and crimes.

Peter Robb has divided his time among Brazil, southern Italy, and Australia for the last quarter century. He is the author of A Death in Brazil, Midnight in Sicily and M: The Man Who became Caravaggio, which was a New York Times Book Review Notable Book of the Year.

“Quite simply the best book in English about Italy.” —The Economist

“Extraordinary . . . As an introduction to post-war Italy . . . it can have few equals.” —The Times Literary Suplement (London)

“Robb has written the finest recent book on Sicily. . . . Midnight in Sicily is as exquisitely prodigal as its subject.” —Stephen Metcalf, Slate.com