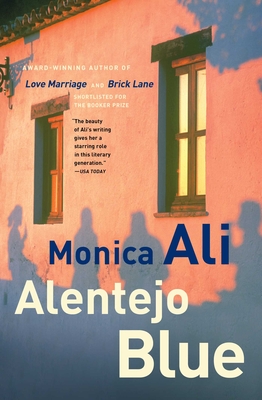 Set in a small Portuguese village, Alentejo Blue is a story of displacement and modernization told through the lives of the locals and of people who are just passing through. The residents of Mamarrosa whose ancestors occupy the graveyards are restless and struggle to make a living. They watch as tourists and expats move in.

Monica Ali's characters are profoundly sympathetic. Her understanding of their dreams, desires, and disappointments is rare and moving. Alentejo Blue is evidence that Monica Ali is one of the most gifted voices of her generation.

Monica Ali was born in Dhaka, Bangladesh, and grew up in England. She was named one of the 20 best young British novelists under 40 by Granta. She is the author of four previous novels, including Untold Story and Brick Lane, which was shortlisted for the Booker Prize and the Guardian Book Prize, nominated for the National Book Critics Circle Award and the Los Angeles Times Book Prize, and was named a winner of the 2003 Discover Award for Fiction and a New York Times Editors’ Choice Book that same year. She lives in London with her husband and two children.

"The beauty of Ali's writing gives her a starring role in this literary generation." -- USA Today

"This stunningly crafted fiction will knock you off your feet." -- O, The Oprah Magazine

"With its supple prose and acute insights...Alentejo Blue establishes definitively that Monica Ali is a major literary talent." -- Entertainment Weekly

"The prodigiously gifted Monica Ali demonstrates her ability and hints at the breadth and variety of her interests." -- The New York Times